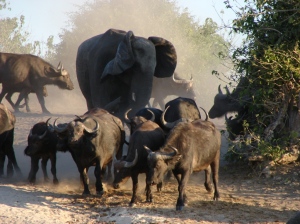 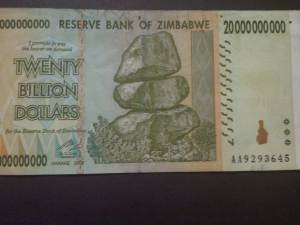 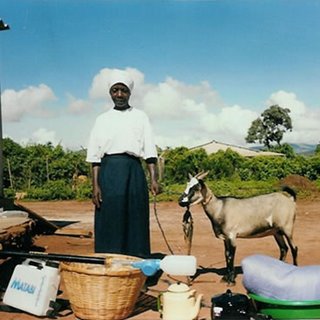 Ko makadiiko vananyamasvisva nanachihoro. Let me talk about what I know of the Nyandoro clan:

1. The original Nyandoro were Biri naGanyire, brother and sister, who gained prominence with the arrival in the Zambezi Valley of Nyatsimba Mutota from Great Zimbabwe. The clan is assumed to have lived in the Zambezi Valley (Dande) from 10th – 11th century. There are believed to be part of the Lem (VaRemba) / Jewish / Middle Eastern group associated with the Venda people in northern South Africa. The Nyandoro are of the Korekore group, but there is some evidence of some link to a specific subgroup of the Korekore, that is, Tavara (totem – Gunguo). Prominently, however they are now known to be of the Nhari totem. In poems of praise, they are also associated with the elephant.

2. The Nyandoros seem to have gained prominence at the Mutapa court for playing a key advisory role. Being Korekore / Tavara, they could not directly ascend to the Mwenemutapa throne, a position reserved for those that could be traced to the southerners that came with Nyatsimba Mutota.

3. The Zambezi valley was a centre of trade with Arabs and Portugese, resulting also in interracial marriages, hence the phrase ‘vazungu vedande’, usually associated with the Nyandoro clan.

4. A highly respected 17th century warrior called Nyandoro seemed to be the origin of the Nyandoro clan name – meaning: one who owns the Ndoro – a round shell worn by a mambo to signify authority.

5. After the defeat of the Portuguese in the 17th century by Changamire Dombo, the focus of power shifted southwards. As renowned advisors, the Nyandoro also moved southwards to be nearer the new centre of power. Increasingly, the Nyandoros also acted as regent kings in times of dispute among the Changamires.

About Me: 6. The arrival of the Ndebeles found the Nyandoros well established in the Zezuru area now called Zvimba, that covered Chinhoyi, Chegutu, and Norton. However, at some point, they refused to pay tributaries to Mzilikazi by killing his messenger. Tributaries usually consisted of maidens / virgins, crops, gold and elephant tasks. An irate Mzilikazi sent his impi sending the Nyandoros fleeing into Chief Chihota’s territory in the Chihota / Marondera area. Chihota allocated them some land where Kunzvi Dam stands extending to St Paul’s Musami. Musami is from the smaller Nyandoro grouip.

7. The first Chimurenga coincided with Mambo Kunzvi being the recognized mambo of the Northern Shonas (Manyika / Zezuru / Korekore). The influence of the mambo to Southern Shonas (Karanga) is in despute due to Mzilikazi and Lobengula’s influence in those areas. It is unclear if Kunzvi was a mambo or a regent.

8. The Nyandoro clan was further subdivided into 2, with the larger group closer to Mambo Kunzvi.

9. Colonialism also led to some Nyandoros being forcibly moved further south to the Mvuma – Chivhu area.

10. However, many Nyandoros ceased using that surname becoz it was assumed to bring bad luck. More likely, it was the effect of colonialism that confused all Shonas on the use of first names and surnames.

11. Another prominent Nyandoro is Makura, a chihoro who was Chaminuka’s first wife.

Welcome to Nehandawedande, the voice of the Zimbabwean people and their rich languages. Leave your stories here.